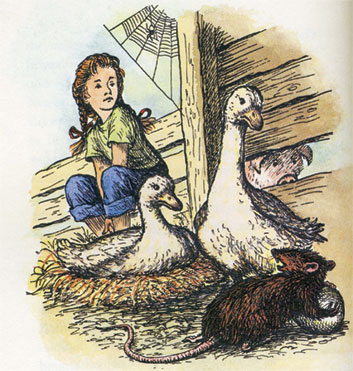 Christmas Eve has passed, but this time of year isn’t quite complete without me or one of my sisters recalling the rat eggs.

Although I grew up as a plain, ordinary farm kid in a plain, ordinary family, my parents were years ahead of much of the rest of Toronto in one regard. For reasons I can’t remember, or perhaps never knew, they linked up with a kind woman who lived in a gracious old home right on the shore of Lake Ontario, west of downtown Toronto. The three-story redbrick house stood on a quiet street lined with tall trees, and it was filled with beautiful old furniture and oriental rugs. There was an unused boathouse out back that jutted into the lake, and we children spent much time sitting on its balcony in nice weather.

This woman had opened her home to lonely “international students” attending the University of Toronto and my parents, along with a couple of other farm families, supported her. My mother, and some of the other women,would spend a day there from time to time, helping to clean the house and wash bedding. We looked forward to, and always attended, the monthly dinners prepared by students from various countries. The house would be filled with the fragrance of mysterious spices, and we children learned to try foods we’d never seen before.

We made many new friends there and they were often invited to visit our farm. The students would travel from downtown Toronto by bus or subway, and we’d pick them up at the end of the line. They’d spend the day, or sometimes an entire weekend, with us before heading back home on public transit.

One of the people we saw often was a fellow named Bob. Bob had come from the Philippines to study and was hopeful that someday his wife could join him in Canada. One year when I was ten or eleven, my parents recognized a real loneliness in Bob and invited him to spend Christmas with our family.

That Christmas Eve, Bob took great delight in preparing a traditional Filipino dish for supper. Although we’d been exposed to many international foods, my sisters and I were still a little leery of eating things we couldn’t identify, so we were delighted to find that this meal included non-threatening noodles. Our plates held mostly noodles and just enough of the rest of the foods to make our mother happy, and appear polite to the cook.

As I recall, the food was quite delicious, and part-way through the meal my mother asked what the noodles were made of.

Bob, whose English was excellent but heavily accented, smiled. “Rat eggs,” he answered.

Almost in unison, four little girls laid down their forks and placed hands in their laps. No glares from Mom could make us pick them up again.

“It was really good, but I’m too full to finish,” we each said, adding our own twist to the same phrase.

At long last, the meal was over and we helped clean up before getting ready for bed. After we were tucked in, Mom and Dad took Bob to Christmas Eve mass at a church not far from our home. With grandparents living at one end of the house, and a great-aunt at the other, we weren’t alone, but the house did seem very quiet.

After we’d been in bed for awhile my younger, but much smarter, sister spoke through the darkness.

We were stunned. Of course rats don’t lay eggs, but … but … that’s what he’d said!

After a bit of discussion we realized that we’d misunderstood the word. Bob had actually said raw eggs, but with his accent he’d pronounced it as ra’, and we’d subconsciously supplied the  ‘t’. The noodles were plain old egg noodles, something we’d eaten our whole lives.

As we lay waiting for sleep to come, we were still a little hungry. The delicious noodles were long gone, but we were mightily relieved that we didn’t have any rat’s eggs in our tummies.

I don’t remember if we laughed then, but we’ve laughed many times since at the story of Bob and the noodles.